Other MG ideas into TTT

Now as a lot of us from the old minigames community has been reminiscing about the past and how Opal best one day put up the old code that we all used to once love, there are really cool ideas in there that he can add to solely TTT.

Scrap > Randomly given to you sometimes when you get a kill, on MG they would be scrapped for coins or crowbar/key fragments, so in TTT could be given to you and scrapped for x amount of shards, like the same as a common gun or even less like 2-3 shards.

XP Potions, now on Minigames you had your own personal level like your party level (you could add a personal levelling system if you want to be creative but it'll be hard to intergrade this into TTT)
However you could add XP potions to the Briefcase (see below) that can be applied to your weapons, the higher the level of the weapon the more XP the potion can give you, you can have a small, medium and large XP pot etc could be a good idea to get people levelling up guns and not being stuck levelling them to 50.

Mysterious Briefcases > These were a random spawn that came up in your chat box, they can be as rare or as common as you'd like and can contain what you'd like, shards, a few bits of scrap, essence, task re roll tickets, fun round tickets, xp bottles and on MG they had rare cosmetic items that could only be dropped from the briefcase and rare crowbar skins like CS:GO knifes (This would be great to have as extra content!)

Party system > Now on MG you could create a party for x amount of coins getting money on minigames was a lot easier than on our TTT server obviously, so don't make the party stupid expensive to create, now you can create a party and then you can fund coins into the party to level it up. Each level would have it's amount of coins required go up each time. This could be the same on our TTT server with putting in shards, higher levels = more shards required to go into the party.

Now on MG the party system would have stuff like > higher levels = more people you can invite into the party, like level 10 party = 5 extra spaces to invite more people, it would give you a bonus XP multiplier for being in the party and being a certain level, like level 5 party = 3% extra xp on all your items equipped, level 10 = 6% etc, and it also had an increased drop chance in there too, could also add that, where you get more chance of scrap if its added and a slight higher chance of a case being dropped at the end of the round, and you can be creative with it and add your own ideas to this, as long as it doesn't involve OP shit.

Hopefully these are some fun ideas that can have more content on our server thats unique, also allows us to have more items for people to grind for.
Toggle signature
We're all mad here
Reactions: TheDrunkenMagi, Hazard and Air
Upvote 3 Downvote

For XP system, my personal suggestion would go like this:
Have a self XP system that goes up with rounds played, extra in won, players killed, similar to how shards work in some sense.
You gain levels as you play, and after a certain amount of levels gained, you could get a reward, similar to how battle passes work, but have them stop at some point so you won't have to limit the levels. After you gain all the rewards you could get, each milestone, instead of giving you a fixed reward, it could be something like increased weapon exp gained, and/or a "random pool" of stuff you could get that may contain scrap material, shards, cos/wep crates that could come in varying tiers; nothing too special and no exclusiveness from the random level up reward, just a little nice thing to get every few levels to keep players engaging and interested in the game.
Toggle signature 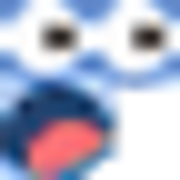 All I say is yes
Toggle signature 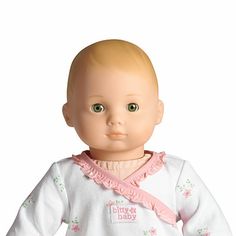