I haven't created an introduction here but many of you know me anyway- I've been involved in some projects through previous communities (mainly Minecraft) and held some staff positions. (Opalium gave his permission for me to create this thread here).

Well, nowadays I'm working on a YouTube channel and as part of that a few projects in the Minecraft realm. One of those projects is called Natural Selection- a hardcore multiplayer experience with seasonal (cash or giftcard etc) rewards for surviving with the most points.

The Natural Selection ecosystem is finely tuned and the primary functions of the server are mostly custom made by myself. This means that things NEED to be tested before I officially launch and invest large sums of personal money into the project, and to reduce potential player frustration in a competition that ultimately involves monetary rewards.

So here I am, asking if anyone would like to participate in the beta test for this project. The beta will hopefully begin this weekend (8/17/2019) and last roughly a week or so. I should have more details as to when I'm ready to open it up closer to the weekend and I'll be sure to update this thread then. More info on the project below.

General Concept
​
The core concept that Natural Selection is based on is (unsurprisingly) survival. For every hour survived on the server, players will be rewarded with points attributed to their player 'account'. Additionally, players who survive the entire duration of the season will receive a smaller bonus of points at the end. Once the season is over (initially 30 days), the top three players will be rewarded with their choice of reward in the values of $100/$75/$50* (PayPal, steam gift card, etc) for first, second, and third place respectively.


Earning 'Points'​
Points will be accrued by surviving on the server and be applied every hour or several times during each hour (based on feedback and initial testing). Dying / killing players will not currently net you any points or result in point loss (though I'm leaning towards deaths netting a -10 penalty, to prevent players from VPN farming with alts). At the end of the season, any player who has not yet exhausted their 3 lives will receive a bonus of points of which I have not yet determined, but likely associated with a multiplier based on their remaining lives. Feedback is welcome here!


Deaths​
Each 'player account' will only receive 3 lives total before being banned until the end of the season. There will be no exceptions to this rule aside from unequivocal proof of death to a cheating player (video evidence corroborated with the anti-cheat and logging systems already in place) or unequivocal proof that the server was at fault. This means accidental deaths, "lag", backstabbing, failed attempts at glitches, Minecraft client faults, and AFK deaths DO NOT result in admin intervention.


'Player Accounts'​
Player accounts are constituted by connection IPs, and Minecraft accounts. This means that if a player logs in from two different IPs from the same account, both IPs are tied to this player. If that player later then connects from a different Minecraft account from one of the prior IPs, both accounts are also tied to the 'player account'. Deaths are tracked across both of these, and all add to the total limit of 3. This means that players with siblings or friends connecting to the server from the same IPs may serve to have an inherent disadvantage, but this protection is in place to create a competitive environment with as much of a fair and level playing field as possible. While these protections ARE in place, any attempt at circumventing the system if discovered will result in disqualification and a ban for the remainder of the season.


The Realmhunt Command​
The /realmhunt command is a command provided to prevent players from passively farming points while AFK in realms other than the Overworld. Any player will be able to run the command every 2 minutes while within the Nether or The End realms and it will provide the coordinates of the closest player to them. This prevents (safer) base building in obscure locations such as in the middle of nowhere in The End or bases players building bases glitched on top of the Nether, and an incentive for players to hunt down others doing so. This mechanic may be tweaked depending on feedback.


Disclaimer​
While I have obtained permission from Opalium to create this post, the Natural Selection project is in no way affiliated with Crescent, and any exchange of currency (points, rewards, donations, etc) are not in any way applicable between the two platforms. Additionally, the specifics of the Natural Selection project may change before launch (largely part of having a beta to test things). Everything from the season length, prize amounts, point distribution, and player tracking to the way anti-cheat or rules is implemented may change before the official launch. Lastly, the Natural Selection project and Minecraft server will not have an official community website nor will it take any donations outside sponsorships from interested parties for the prize-pool or infrastructure. No rewards will be given out to those sponsoring the project aside from shout-outs when announcing the project, and they are in no way expected.

Thanks for taking the time to read (or skim), let me know if you guys are interested in the beta and I'll have updates soon(ish)!​

* As noted in the disclaimer, things are likely to adjust- including prize amounts, though I do not see them differing for season one.
Last edited: Aug 13, 2019
Reactions: Sephy, Pokeben10 and 8BitF0x 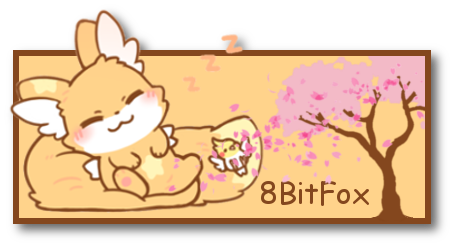 count me in
Reactions: irritatingness

id be in
Toggle signature
Mistaking frags for Flashes since 2001

Sounds interesting but I dont know I could get on the list in time, I wont be gaming for 4 months more

Been stuck with some social obligations today, but I should still be good to launch the beta tonight - will post an update later

EDIT: Update - pushing beta test open to tomorrow afternoon; I've got the world pre-generator running and am only at around 15% for the main world. After that I've gotta run some generation for the nether / end and build in a spawn. Once it's open the beta will run until the afternoon of the 26th though, and hopefully launch the weekend after.
Last edited: Aug 17, 2019
Reactions: Sephy

The server is currently running version 1.13.2, but can be connected to from any client version from 1.4.7-1.14.4 . Your mileage may vary on older client versions, and I highly recommend connecting via 1.13+, but it will work.

When first joining the server, you should get a welcome book explaining most of what you need to know (suggestions on additions to this book are appreciated).

Beta will shut down the evening of August 26th, so just about a week of time. I may decide to extend it, though I will be MIA for a bit after the 26th and unable to address issues. ALL progress during the beta will be lost, but the map should be the same (so find some sweet spots?). Anyone who logs onto the server during the beta will get a shoutout in the trailer video that will be promoted on YouTube as part of the official launch. I may also try to figure something cosmetic out for a reward for those who provide valuable feedback, but no promises.

What I'm looking for in this beta test​

I understand that the whole point of this gamemode is competitive and needs more players, so feel free to invite friends too. I'll probably be recruiting more beta testers from other places over the next few days but I don't expect this to be too big an event. When the server launches officially it will be advertised pretty hard on youtube / twitter, and maybe facebook with paid advertisements to increase the competitive spirit.

I'm off for the night for work in the morning, but if anyone is still around take a crack at it.
Reactions: Zyp, helix and Sephy

About 5 hours in (right after I went to work of course) the database failed when someone tried something I didn't account for (d/c mid update). From this I ended up spending tonight rewriting a lot of my database logic and now connections are properly pooled. Database failure was also preventing players from using /score, and /linkemail, which has now been corrected with the fix.

So, all I'm updating for tonight is that major database flaw- and deaths have been reset across the board. Tomorrow night I should have some time to work on a few more items from the "known issues" list above, unless something else catastrophically fails again (thank god for betas). In addition tomorrow I'll be reducing the cooldown on the /score command to probably 30 seconds, 3 minutes is a bit overkill. Going to seriously reconsider whether I want to extend the beta futher into September a bit too, which would give me time to announce a beta on youtube and maybe get a few more people on board.

Lastly, thanks to those of you who have dropped by and played with things so far- I really appreciate it!
Reactions: Silly and Sephy
Share:
Twitter WhatsApp Email Share Link
Top Bottom